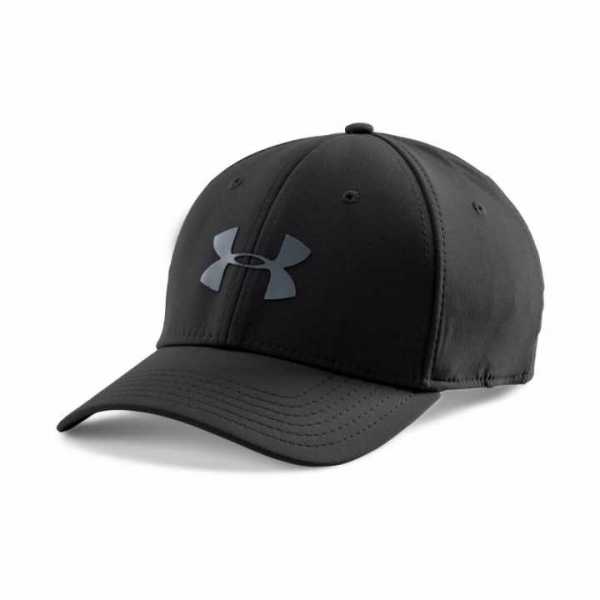 Under Armour began with the goal to build a better T-shirt. Founder Kevin Plank, a former University of Maryland football player, grew tired of constantly changing his sweat-soaked shirt during two-a-days. He dreamed of athletic wear that could work with the athlete, regulate body temperature, wick sweat and provide compression. In 1996, his dream became reality. He worked out of his grandmother’s basement crafting revolutionary performance gear. Under Armour quickly outgrew the basement. Now the company provides the performance gear that keeps athletes warm in cold weather, cool in hot weather and comfortable all year round. With its moisture-management technology, design that fits closely and comfortably to the body, and temperature-regulating features, the company mission looks beyond making a better T-shirt. Under Armour aims to make better athletes.

Under Armour Tactical was founded to bring serving Armed Forces and Emergency Services the most functional, comfortable and performance enhancing clothing and footwear after the success of their parent brand UA proved a huge success with their sporting base layers and shoes. Utilising key technical features like HeatGear and ColdGear along with synthetic fibres to provide either cooling or insulation and moisture wicking synthetic fibres to keep the skin dry; the Under Armour Tactical collection of clothing is as functional like the sports gear but is optimised for use with military and combat gear. Including the best-selling baselayer tops, shorts and leggings the UA Tactical range includes other training and gear such as military boots, sunglasses, shirts, pants and even protective combat gloves to ensure they compliment the rest of your load-out with maximum effect.

The SFU™ is one of the Helikon Tex classic lines, available in other colors

a comfortable layer of fleece lines the entire glove and insulates your hands from the brisk, cold air, SoftShell™ outer prevents the wind from sneaking-in during cold weather work

Short-sleeved, highly functional shirt from the Under Armour® SportsLine

Lightweight foldable cup. After unfolding takes the form of a stable plastic cup to both cold and hot drinks (doesnt melt)

Wildo® Spork is a made in Switzerland, compact cutlery kit that combines your fork, knife and spoon

Navigation is the key to survival. But when on the field, sometimes you just need to have your hand free

When in the wild, keeping your things, especially spare clothing, dry can be crucial

Kion trekking shoes from the Greek brand Pentagon made of resistant and breathable knitted polyester, seamless design for more comfort and reliability.

The lightweight, insulated Wolfhound jacket with an additional hood has been redesigned and is padded with Climashield® Apex™.

The MCDU Combat Shirt® is part of the combat uniform for dynamic operations.

The shirt has a profiled fit with laterally stretchable inserts made of VersaStretch fabric.

The Woodsman Pants were specially developed for bush and outdoor enthusiasts.

The cut and pocket layout remains civil enough to maintain anonymity while maintaining the full functionality of the combat pants.

The shirt is based on our classic MBDU shirt. It is made of lightweight, yet durable fabric it provides proper antibacterial properties even during prolonged use.

The Pentagon QT Tactical Shirt is an inconspicuous leisure shirt with two concealed breast pockets made of a light cotton blend.

The Pentagon Falcon Pro Sweater is a warm, fluffy fleece jacket with a knitted outside and a soft, brushed inside.

The Pentagon Parka LCP "Velocity" is a thermal jacket for the cold season with a temperature range of -15 ° comfort and -20 ° Celsius extreme.

5.11 Shield Tee Austria short-sleeved, is made of 100% cotton. The Tee Austria is characterized by its logo on the front.

The perfect choice for anyone who works with firearms. Modern look, robust fabric and high wearing comfort.

Medium sized backpack 25l, has a wide selection of camouflage and colors, which also makes it suitable for hunters and outdoor fans.

Padded fleece-lined muff with fastening option on MOLLE or other loops.

Belt with hook-and-loop (loops) on the outside.

Super light stretch pants, ideal for tactical use and for civilian use.

Shoes & Gloves
Accessoires for Backpacks
Hydration & Food
Every Day Carry - für jeden Tag
Viewed
Subscribe to our Newsletter and
get a 5€ Bonus!
Funktionale